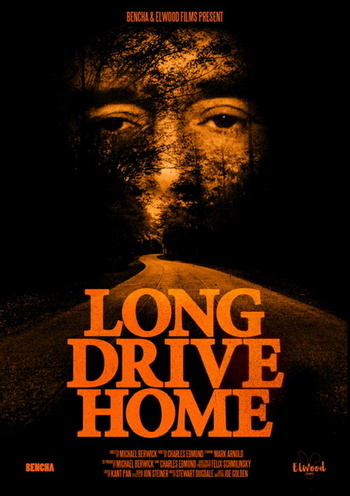 Long Drive Home is a 2017 British horror short film starring Mark Arnold, and featuring John Kassir and Tim Curry as the voices of a radio DJ and an enigmatic caller to his show respectively.

David (Arnold) is a grumpy insurance salesman driving back home on Halloween night. He has two problems: he hates Halloween with a burning passion, he is sleep-deprived, and he is experiencing increasingly eerie phenomena, whether it be an old woman somehow knowing his name, to a radio caller giving a shout-out to him talking about exactly what he is doing, and catching glimpses of a mysterious creature with a pumpkin for a head.

It is planned to be one of the segments in an anthology horror film centering on the four different seasons.