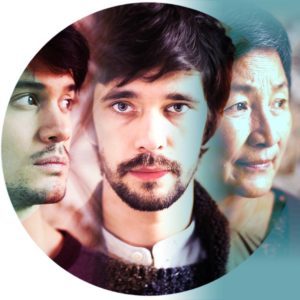 Lilting is a 2014 British drama film written and directed by Cambodian-born British director Hong Khaou. It centers around an aging Chinese-Cambodian woman (Cheng Pei-Pei) mourning the untimely loss of her son. Despite a language, generational, and experiential barrier, she forges a relationship with a stranger (Ben Whishaw) who also loved her son.
Advertisement:

Lilting debuted at the Sundance Film Festival, where it and its lead performances were critically praised. It won an award for cinematography.