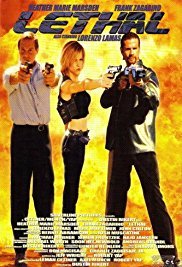 Lethal is a 2004 American Action Genre film. It concerns a female bounty hunter who goes after the Russian Mob when they kidnap her sister over US Government documents.