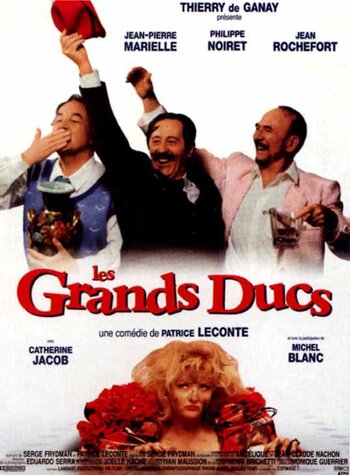 Two old actors, Victor Vialat (Noiret) and Eddie Carpentier (Rochefort) are desesperately looking for roles. When they hear that a colleague is going to be hired for a play named Scoubidou, they offer the producer (Blanc) to hire them for a very low price. The producer needs a third actor, so Vialat and Carpentier offer Georges Cox (Marielle) to play with them.