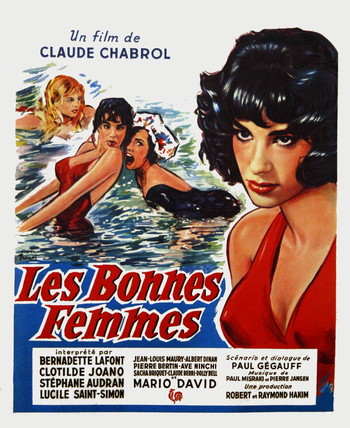 Les Bonnes Femmes is a 1960 film by Claude Chabrol. It was the final one in the row of his early-career successes. After that he made a number of much less successful films until his career resucitated in late 1960's.

It follows the lives of four young girls, Jane, Jacqueline, Ginette (played by Stéphane Audran) and Rita, in Paris who work in the appliance store. They spend time together and meet with various men whose intentions might not be what they seem.