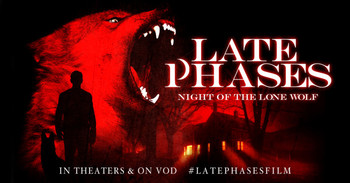 Ambrose, a blind Vietnam War veteran who is independent and sometimes rude, moves with his dog German Shepherd into a retirement community, at the edge of a forest. That same night his neighbor Delores, who shares the duplex with him and who is the only one to who he has been friendly from the start is attacked and brutally slashed to death. Ambrose hears the commotion and is also attacked by a massive werewolf. During the attack his dog dies, after bravely defending Ambrose.Even if blind, putting together the clues both from his remaining working senses and from information given to him by other people, he understand that what attacked him and killed his neighbor was not a bear or a puma, but a werewolf and that he has exactly one month to prepare himself for the next attack, while, in the meantime, fixing the broken relationship with his son.