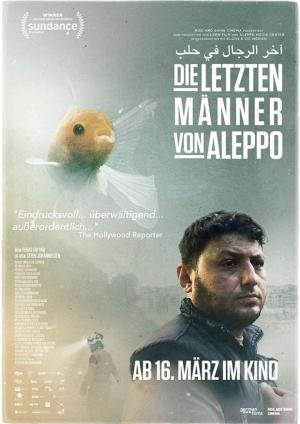 Last Men in Aleppo is a 2016 documentary film directed by Feras Fayyad.

It is about the siege of Aleppo

during the Syrian Civil War. Four years of fighting around Aleppo led to Syrian government forces loyal to President Bashar al-Assad cutting off the last road into the city, surrounding and besieging rebel forces inside Aleppo. A horrifying siege then began, with the Syrian government and its Russian ally launching continual bombing raids against rebel-held Aleppo.

The film focuses on the White Helmets

, a volunteer group working inside the battered city. The White Helmets are a volunteer force specializing in search and rescue, which chiefly involves pulling people out of the rubble of collapsed buildings after air raids. Specifically, the film follows two White Helmet volunteers: Khaled, who has children inside Aleppo and wonders about whether he should get them out of the city, and Mahmoud, a younger man who is worried about his brother, also still in the city.