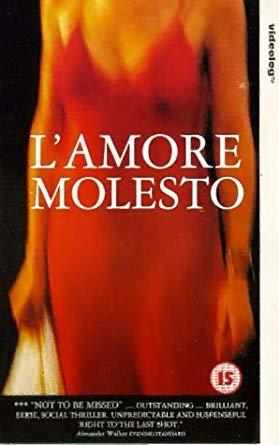 L'amore molesto is a 1995 film by Mario Martone which is based on the work of Elena Ferrante. Its English title is Nasty Love.

It is about a comic book writer, Delia, living in Bologna, whose mother Amelia dies mysteriously in Naples drowning in the sea. Delia is eager to learn whether the cause for that was suicide as it is stated by the police or whether the murder has happened. So she then sets out for Naples to make her own investigation.