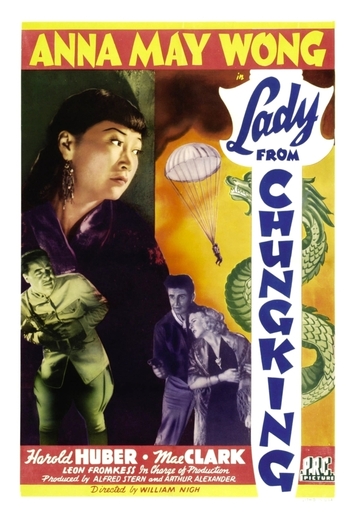 Lady from Chungking is a 1942 American World War II film directed by William Nigh.

Anna May Wong stars as Madame Kwan-Mei, a woman of noble birth who has been reduced to working in the rice fields after her parents were killed and their estate confiscated. However, what she's actually doing is leading a Chinese resistance cell, guerrillas against the occupying Japanese.

After two American pilots, members of the famous Flying Tigers squadron, are shot down, Kwan-Mei's guerrilla band hides one, but when the other pilot is captured by the Japanese the guerrillas resolve to rescue him, a task that becomes more urgent when General Kaimura (Harold Huber) of the Japanese army shows up in the village, to prepare for a major Japanese ground offensive.