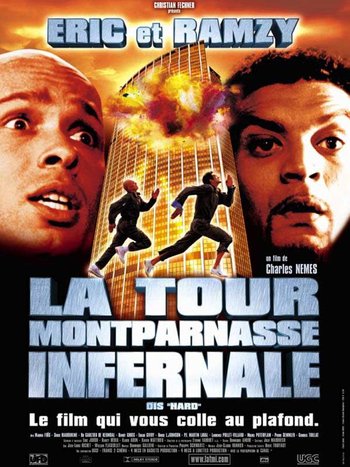 Éric and Ramzy are window washers who work at the Tour Montparnasse in Paris. Eric is in love with Stéphanie, an executive who he has never talked to, but who he sees every day because she works in the skyscrapper. Shortly after the close of business, a group of gangsters enters the building and takes hostage several executives, including Stéphanie. Éric and Ramzy, who have stayed late in the skyscrapper, will try to free her.

A prequel, La Tour de contrôle infernale, was released in 2016.