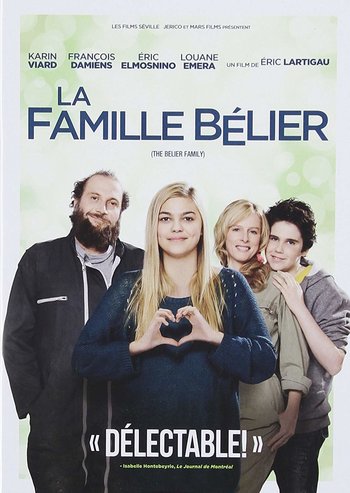 La Famille Bélier is a 2014 French drama, comedy and romance film directed by Éric Lartigau. Uniquely for her family, Paula Bélier (Louane Emera) can hear. Her deaf family (Karin Viard, François Damiens, Luca Gelberg) communicates in Signed Language, and she is their interpreter. However, she gets distanced from the family the day that, for the sake of following a Love Interest, she joins the school choir and discovers that she is actually good at singing.