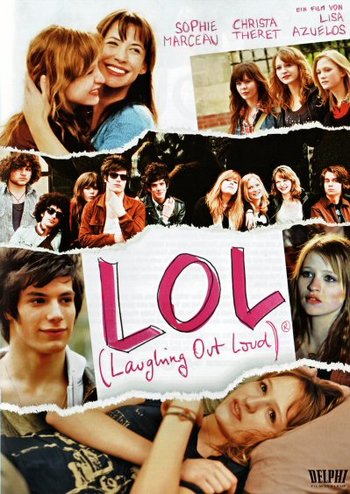 LOL (Laughing Out Loud) is a 2008 French comedy film starring Sophie Marceau, Christa Theret, and Alexandre Astier, about the coming of age of Lola (nicknamed "Lol"), her issues with her friends, and her troubled relationship with her mother.

It was remade in 2012 with Miley Cyrus, Demi Moore, and Ashley Greene. (Lisa Azuelos the writer and director of the original, performed the same functions on the remake.)

Neither film is to be confused with an acronym for a very popular MOBA, or anything else sharing said acronym.