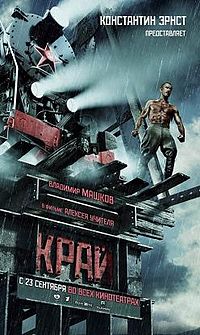 Krai (Край, "The Edge") is a 2010 Russian drama by Alexei Uchitel. It is set immediately after the end of the Great Patriotic War, in which Russians and Germans work on a railway in Siberia. Shocked by the horrors of war, they begin to draw away from their fellow humans and instead become close to their trains, giving them names and racing them. This film was the Russian contender for Best Foreign Film at the LXXXIII Oscars, but was not nominated.