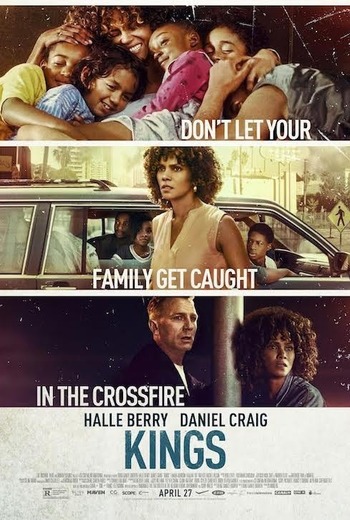 Kings is a 2018 film directed by Deniz Gamze Ergüven and starring Halle Berry and Daniel Craig.

It depicts the life of a foster family in South Central Los Angeles in 1992, when the city erupted in violence

following the verdict of the Rodney King trial.