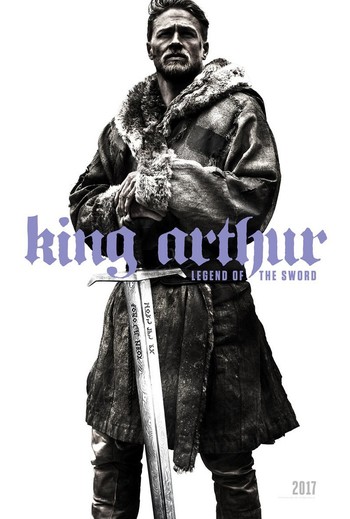 Raised in the streets. Destined to be king.
"You wanted the prophecy?! This is your prophecy: the man who pulled sword from stone! Behold! Your born king!"
Advertisement:

This version reinvents Arthur as a Street Urchin turned Londinium Gangster... until he finds Excalibur, and discovers his royal blood. Now, he must join forces with a resistance movement - including a young woman known only as "the Mage" - in order to dethrone the evil king Vortigern, who usurped the throne of Camelot.

King Arthur: Legend of the Sword contains examples of: