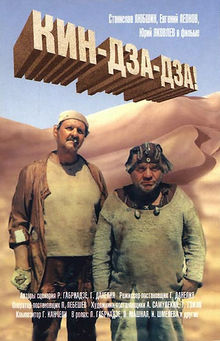 A Soviet cult sci-fi dystopian post-apocalyptic satirical 1986 Georgi Danelia movie about two Soviet citizens getting stranded on another planet. They deal with telepathic human aliens, figure out how things are done there and try to get home.