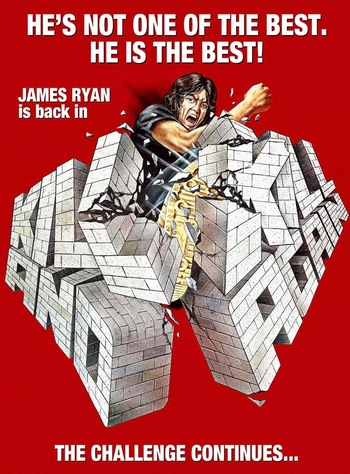 "All this from potatoes?"
Advertisement:

Kill and Kill Again is a 1981 South African martial arts film, a tongue-in-cheek sequel to 1977's Kill or Be Killed reuniting that film's director (Ivan Hall) and star (James Ryan).

A supervillain named Marduk has captured a scientist and is using his potato-based serum to create an army of mind-controlled slaves. Squaring off against Marduk are karate champion Steve Chase (Ryan) and a motley band of martial artists.

Today, the film is best known as the first to feature Bullet Time effects.