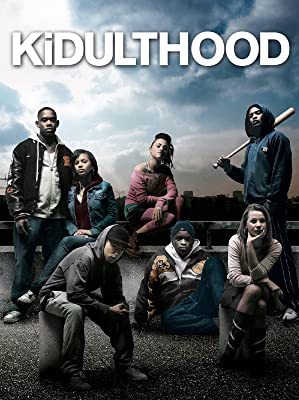 Kidulthood (stylised as KiDULTHOOD) is a 2006 urban crime/drama film and the first film in The Hood Trilogy. It's about the lives of several teenagers in inner west London and is generally seen as the first British Hood Film. Set in Inner West London during the 2000s, it depicts, over a day, the lives of working-class teenagers revolving around aggressive and lawless behaviour with recreational drug taking, under-age drinking, sex, crime & violence all of which is based on Real Life. The movie was written by Noel Clarke of Doctor Who fame who portrayed the The Antagonist and would later write, direct and star in its sequels. The first sequel Adulthood was released in 2008 and the final entry in the trilogy; Brotherhood, was released in 2016.