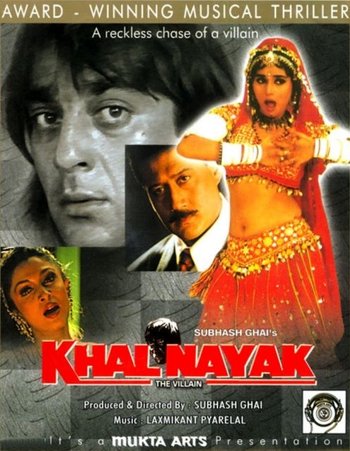 Khalnayak (The Villain) is a 1993 Bollywood film about a man named Ballu (played by Sanjay Dutt), who is accused of terrorism. He is arrested by a man named Ram (later revealed to be his childhood friend.) Ram, however, goes to see his girlfriend Ganga (Madhuri Dixit), and Ballu escapes. Ganga (also a cop) tries to save her boyfriend's reputation, and find the real criminal, Ballu's boss.