Film / Keep An Eye Out 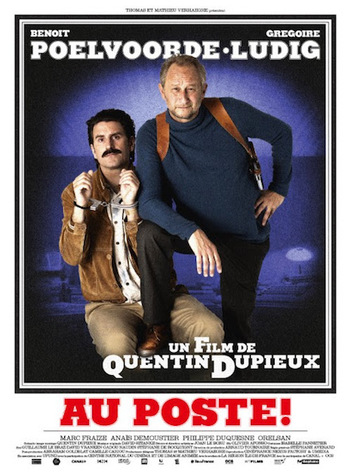 Keep an Eye Out! (French: Au poste!) is a 2018 French comedy directed by Quentin Dupieux.

A man named Fugain spends the night in a police station. He is considered the main suspect in a crime and is interrogated by Buron (Benoît Poelvoorde).