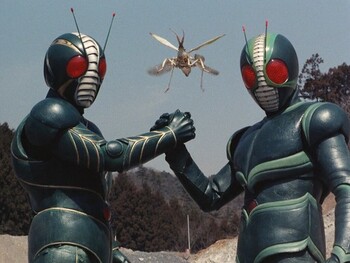 Kamen Rider World is a short 3-D Movie produced by Toei Company based on the Kamen Rider series that premiered on August 6, 1994 and was shown in amusement parks and special events nationwide in Japan. It was shown as a triple feature alongside Super Sentai World and Toei Hero Daishugo (a crossover between Tokusou Robo Janperson and Blue SWAT which also used footage from Super Sentai World).