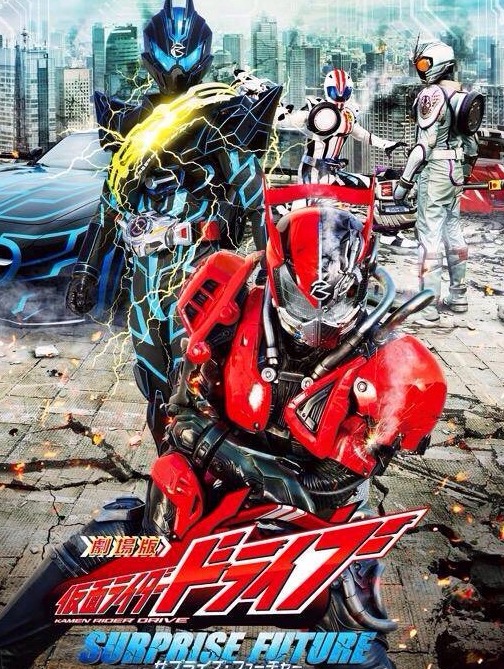 The summer movie of Kamen Rider Drive. It was released as a double feature alongside Shuriken Sentai Ninninger the Movie: The Dinosaur Lord's Splendid Scroll!.

It's business as usual at the SCU, when a mysterious man appears. He claims that he is Eiji Tomari - Shinnosuke's son from the 20 years in the future! According to him, in the next twenty years, the world will be conquered by the Roidmudes with the help of... Krim Steinbelt?! Shinnosuke finds it hard to believe that the means he uses to save humanity, and his partner, could possibly bring calamity upon it. Then the detective ends up seeing a mysterious, high-tech car. It's the successor to his Cool Car, the Tridoron - NEXTridoron! And its driver and passenger, Kamen Rider Dark Drive, came to the present to hunt Eiji down! What's even worse is Mr. Belt is malfunctioning! Will Shinnosuke be forced to bring down his Partner to save the future?