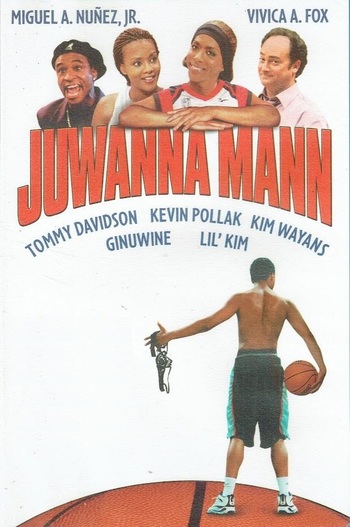 Combining two things we were all dying to see combined: gender play and basketball!
Advertisement:

Jamal Jeffries (Miguel A. Núñez Jr.) is a Jerkass basketball player who gets banned from the league, loses his millions and his agent. He needs to figure out a way to get back to playing basketball, but how?