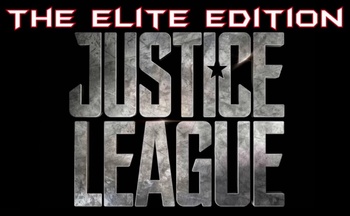 "No protectors here. No Lanterns. No Kryptonian. This world will fall, like all the others."
—Steppenwolf
Advertisement:

A number of scenes and lines have been removed, mostly quips, gags and awkward lines that were added in the film by way of reshoots. Among the most notable removed scenes are the prologue phone footage with Superman talking to a bunch of children and the gag with Flash faceplanting on Wonder Woman. Deleted Scenes and Missing Trailer Scenes were added, and the film has been rescored using compositions by Hans Zimmer, Junkie XL and Rupert Gregson-Williams from Man of Steel, Batman v Superman: Dawn of Justice and Wonder Woman for the sake of restoring thematic continuity.

Tropes different from the vanilla film include: