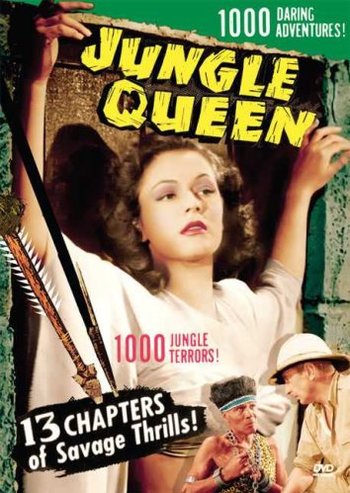 It is set in 1939, not long before the outbreak of war. Two Nazi explorers, Dr. Elise Bork and her partner Lang, have infiltrated the (fictional) colony of British Middle Africa, under the guise of running an "experimental farm". With war looming, the Nazis are making contacts with the Tongili, a strategically important collection of tribes. They hope to gain control of the Tongili, and through them control of British Middle Africa, which will allow them to control the approaches to Southern Europe.

The British have gotten wind of Nazi skullduggery. Pamela Courtney, a British agent, is sent off to Africa. Pamela is chosen because her uncle Allan Courtney is a British archaeologist who is in the field in British North Africa right now, and she can go visit him without attracting attention. The Americans have also taken interest in the region and sent in their own unofficial agents, big game hunter Bob Elliott and his sidekick, car mechanic Chuck Kelly. The British, the Germans, the Americans, and a rebellious Tongili tribesman named Maati all wind up battling each other.

Added into this mix is a mysterious, possibly ghostly, possibly divine figure: Lothel, the "queen of the jungle." Lothel—witch? goddess?—has a strange knowledge of the Nazis' plans, and often helps the good guys. Naturally, she's played by a white lady (Ruth Roman, who became a big star—Strangers on a Train, The Far Country).