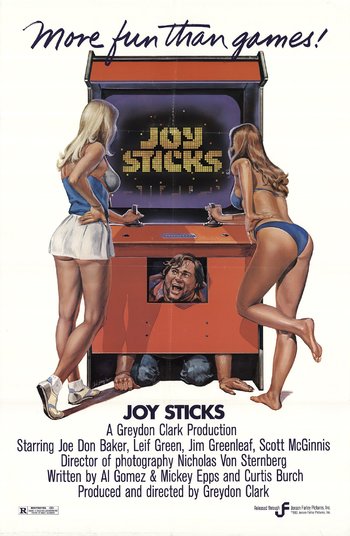 In an attempt to stop the arcade from being shut down, our heroes challenge the businessman to a video game duel, ultimately leading to a showdown between a gang member (hired by the businessman) and one of the heroes, a morbidly obese nerd.

At least, that's the core plot of this crude 1983 comedy. Most of the film is actually about the antics of the characters, as they play pranks on each other, have lots of sex, and along the way, video games are mentioned a lot. Actual games from the early 80s are used, in a rather impressive aversion of the Pac Man Fever trope. Gamer culture takes a backseat to the characters' antics, but still features prominently in the film.