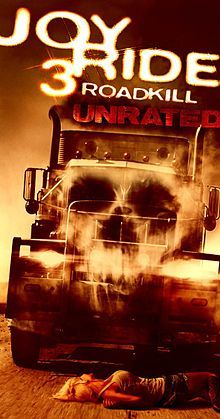 You insulted a trucker;what's the worst that could happen??

Joy Ride 3 is a 2014 American thriller horror film. The film was written and directed by Declan O'Brien and released by 20th Century Fox Home Entertainment. It is a direct-to-video sequel to the 2008 film Joy Ride 2: Dead Ahead and the third installment of the Joy Ride series.