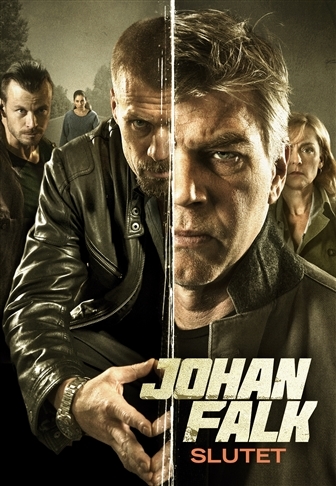 In 1999, a movie named Zero Tolerance appeared. It included an original cop named Johan Falk, original meaning that the character had not appeared in any novels or literature in general beforehand. The movie was a decent success, so it spawned a sequel two years after. The final movie, that would make it a trilogy, appeared two years after the second movie, was once again a decent success and had a very high budget.

Six years later, and Falk returned in a new movie series, this time around with new characters, but with the same actor still playing Falk. New additions include Joel Kinnaman's character Frank Wagner, an extremely charismatic infiltrator-spy who hangs out with gangsters for a living with a family to protect.

The story follows a police group known as the G.S.I., a group with Gothenburg's best investigators made to investigate the most powerful criminals in Sweden, which the titular Johan Falk is part of.

Unlike other crime-thrillers like Wallander and Beck, the Johan Falk movies are less of a TV Show and more of a straight forward movie series, with recurring characters and almost no one-shot villains. Instead, it focuses on Johan Falk... obviously, but also the criminals like Seth Rydell and the international mafia throughout the series. Some might even say the criminals are the real protagonists of the story.

To date, there have been 20 movies made.