Film / Jeanne and the Perfect Guy 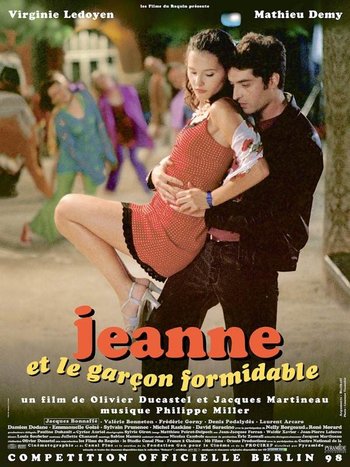 Jeanne (Virginie Ledoyen) is a young woman who makes a habit of having several boyfriends at the same time while she searches for the one perfect guy. She believes she has found him in Olivier (Mathieu Demy, son of Jacques Demy and Agnès Varda), to the point where she's seriously contemplating letting all her other affairs go. Unfortunately, Olivier turns out to have AIDS and lives in fear that he will die any day. Undeterred, Jeanne pursues a serious relationship with him and supports him through his illness, despite Olivier's misgivings.