Film / It Runs in the Family 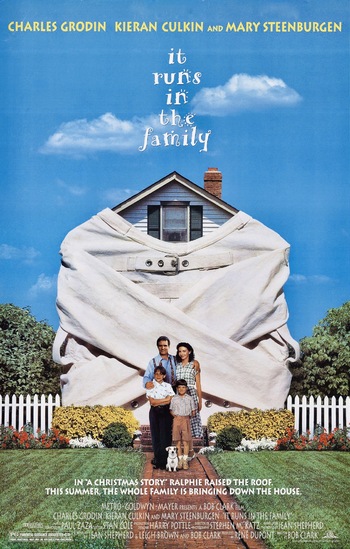 A 1994 sequel to the classic A Christmas Story. Director Bob Clark returned, but the cast was entirely different (save for Tedde Moore, who returns as Miss Shields). Jean Shepherd, whose autobiographical stories provided the basis for both movies, narrates, as he had for A Christmas Story. Kieran Culkin stars as Ralphie Parker, along with Charles Grodin and Mary Steenburgen as his parents.

It was Charles Grodin's final film for more than 15 years until he returned in The Ex.

Not to be confused with the 2003 dramedy film of the same name starring Michael Douglas, Kirk Douglas, and their family.

Tropes applying to the film