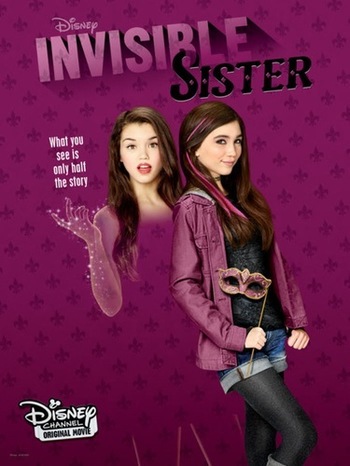 What you see is only half the story.
Advertisement:

Invisible Sister is a 2015 Disney Channel film, with Paul Hoen as director. It is about a girl named Cleo (Rowan Blanchard) who accidentally turns her older sister, Molly (Paris Berelc), invisible, and must find a way to undo the invisibility, as well as pretend to be Molly in school.