Film / In Your Eyes 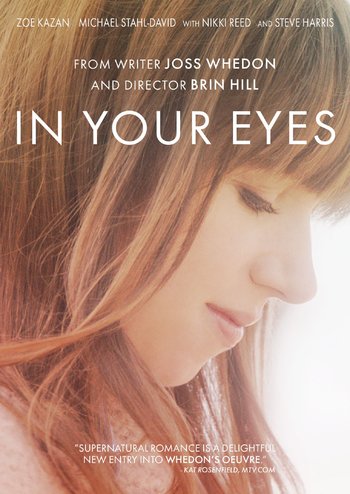 In Your Eyes is a 2014 science-fiction romance film directed by Brin Hill and written and executive produced by Joss Whedon. It is the second film from Bellwether Pictures—Whedon and his wife Kai Cole's production company—following 2013's Much Ado About Nothing. It premiered at the TriBeCa Film Festival on April 20th, 2014, at which it was also made available world-wide to rent on Vimeo. You can do so here

. It's also available on Netflix.

The story follows two people, Rebecca (Zoe Kazan) and Dylan (Michael Stahl-David), who discover that they have a strange supernatural connection with each other: Despite living on opposite sides of the country, they can experience each other's senses.