Film / In the Region of Ice 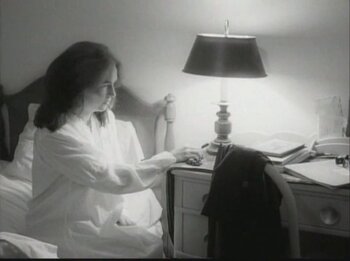 In the Region of Ice is a 1976 short film (37 minutes) directed by Peter Werner.

Sister Irene (Fionnula Flanagan) is a nun who teaches a class on Shakespeare at an unnamed Catholic university. One day she is surprised to find in her class one Allen Weinstein, who is sitting in. Allen is an intense, driven young man who surprises Sister Irene with his quick mind and intellectual depth. The Catholic nun and the garrulous young Jewish man soon form a friendship.

However, there is something a little off about Allen. He's a little too intense. He seems to be following Sister Irene around. Eventually she gets a letter from him...sent from a mental institution.