Film / In the Line of Duty: The FBI Murders 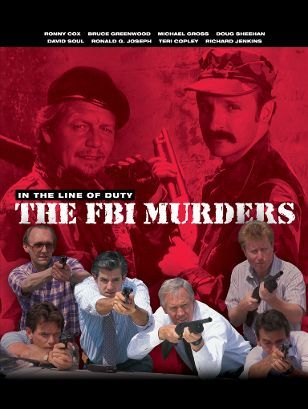 In the Line of Duty: The FBI Murders is a 1988 made-for-TV movie based on the 1986 Miami FBI shootout

and starring David Soul and Michael Gross as Michael Platt and Russell Matix, two robbers in the Miami area who target banks and armored cars. Also starring are Ronny Cox and Bruce Greenwood as Special Agents Grogan and Dove, who are some of the FBI Agents investigating the crime wave Platt and Matix are behind.

The movie has several stand-alone sequels by the same director, including A Cop for the Killing, Manhunt in the Dakotas, Street War, Ambush in Waco, The Price of Vengeance, Hunt for Justice, and Blaze of Glory.

Has nothing to do with the Hong Kong series of the same name, also known as Yes, Madam!.