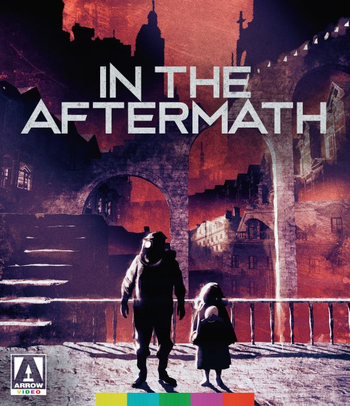 Yeah, about that poster...
Advertisement:

In the Aftermath: Angels Never Sleep is a 1988 science fiction movie. It is notable for being an Importation Expansion of Mamoru Oshii's film Angel's Egg, adding 45 minutes of live action footage to about half an hour of the anime. In addition, it also re-edits the story to be a little bit more linear.

After the apocalypse, an angel is entrusted by her brother to find a worthy creature to bestow a magic egg. The live action footage concerns a survivor, Frank, who the angel has sworn to protect.

After a long period of being unavailable on home video, it is currently available on Blu-ray.

Aside from some Angel's Egg tropes, the movie also provides examples of: