Film / In Search of Dr. Seuss 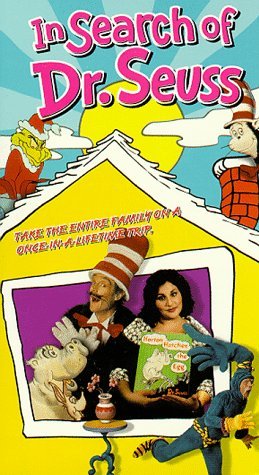 "Come along with me, in search of Dr. Seuss!"
Open a book, open up your imagination.
—A Dr. Seuss quote written on the cover of the Portal Book
Advertisement:

In Search of Dr. Seuss is a biographical film about Dr. Seuss, first aired on TNT on November 6, 1994, featuring newly-recorded live action segments and excerpts of previous animated films based on his books. It was directed by Vincent Paterson and written by Keith R. Clarke.

It follows reporter Kathy Lane (Kathy Najimy) who befriends The Cat in the Hat (Matt Frewer) after she barges into Dr. Seuss' house in an attempt to get a new angle for a story about the author. She then meets several of Dr. Seuss' characters, who involve her in their stories and deliver the biographical information.

In Search of Dr. Seuss contains examples of: