Film / In Order of Disappearance 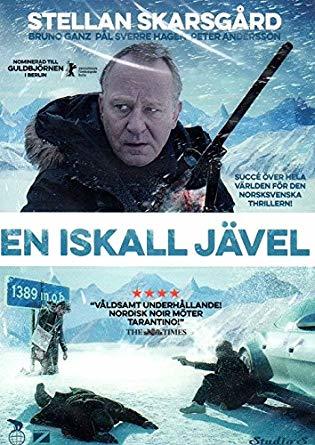 In Order of Disappearance is a 2014 Norwegian Black Comedy crime revenge film by Hans Petter Moland. Stellan Skarsgård plays Nils, an ordinary, upstanding citizen from a small mountain village, whose son Ingvar is murdered by a local criminal organization.

Frustrated with local law enforcement, Nils takes matters into his own hands. His quest inadvertently sparks an international drug war between home town boss The Count (“Greven” in Norwegian, played by Pål Sverre Valheim Hagen) and a Serbian syndicate run by Papa (Bruno Ganz). Everyone is out for revenge, and the result is stark, brutal, and darkly hilarious.

A remake, Cold Pursuit, was released in 2019 and stars Liam Neeson, and is also directed by Hans Petter Moland.