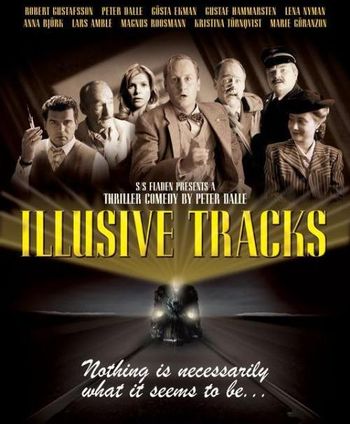 Illusive Tracks (original: Skenbart – en film om tåg; German: Verschwörung im Berlin-Express) is a Swedish comedy/thriller from 2003. On Christmas 1945, shortly after the end of World War 2, the idealist Gunnar decides to quit his job as a lector at a publishing house to leave for Berlin and help with rebuilding the city. So he takes the train from Stockholm to Berlin, together with several... eccentric people, and a Catholic guy who wants to kill his wife so he can marry his mistress. Hilarity Ensues.