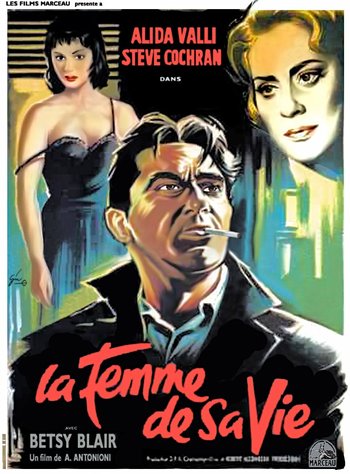 Il Grido is a 1957 film by Michelangelo Antonioni. Its English name is The Cry. This movie is uncharacteristic for him in that here he follows the path of a disaffected blue-collar worker. Aldo, the protagonist, discovers that his lover of many years has no intention of marrying him after her husband dies. He beats her and their relationship is broken. Aldo with their common daughter leaves Goriano and sets out in search of the better lot. On his way he meets several women.

Il Grido won the Golden Leopard, a top award on the Locarno International Film Festival of the same year.