Film / I Really Hate My Job 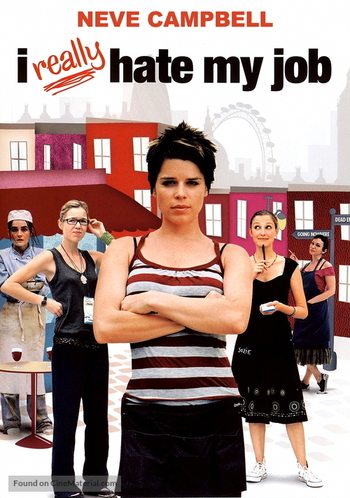 "Take this food back to the customers or I will bludgeon you all to death!"
Advertisement:

It tells the story of five women working in a second-rate, rat-infested restaurant in London, and how they all have dreams of becoming something greater in life.