Film / I Killed My Mother 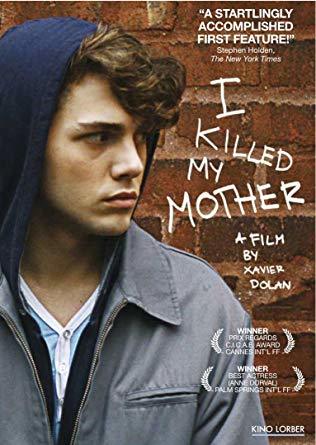 "I don't know what happened. When I was little, we loved each other. I still love her. I can look at her, talk to her, be next to her. But...I can't be her son. I could be anyone's son. But not hers."
— Opening monologue of Hubert
Advertisement:

I Killed My Mother (French: J'ai tué ma mère) is a 2009 Canadian French-language drama film written, directed, co-produced by and starring Xavier Dolan. Written by Dolan at 16 and produced when he was 20, the film served as his directorial debut, loosely based on his real life.

Hubert Minel (Dolan) is a 16-year-old boy in a complicated relationship with his mother Chantale (Anne Dorval). He loudly objects to virtually all she says or does, but constantly falls victim to what he perceives as mechanisms of manipulation and guilt-tripping from her. In the midst of his anger and confusion, Hubert drifts through his adolescence by way of artistic discoveries, illicit experiences, and struggles with ostracism.

I Killed My Mother attracted international attention when it won three awards from the Director's Fortnight program at the 2009 Cannes Film Festival, where it also received an 8-minute standing ovation after being shown.

I Killed My Mother provides examples of: