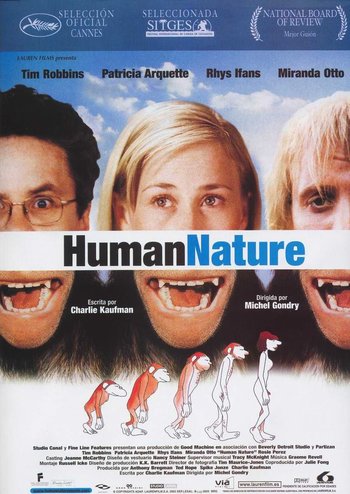 The film is about a man raised as an ape, a (very hairy) woman who chose to live as one and a doctor on a quest to teach animals table manners.

It had a limited release and only made a fraction of its budget at the box office.