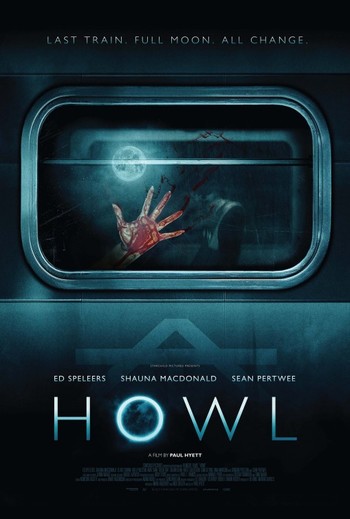 Last Train. Full Moon. All Change.
Howl is a 2015 horror film starring Ed Speleers. The film was released on October 16.

The film centers around the staff and passengers aboard a train which becomes stranded in Thornton Forest at night during a full moon. Cut off from the rest of the world, the passengers are forced to band together to survive when the train comes under attack by a group of vicious werewolves.