Film / How to Stuff a Wild Bikini 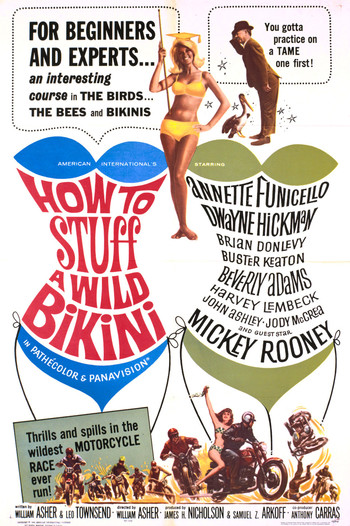 Frankie (Frankie Avalon) has to go to Tahiti on Naval Reserve duty. He doesn't trust Dee Dee (Funicello) to stay loyal to him, so he seeks help from a witch doctor (Keaton), who sends a sea beauty, Cassandra (Adams), to distract an advertising executive away from Dee Dee. Upon Cassandra's arrival, the beach turns upside down, as all the surfers fall for her.