Film / How to Steal a Million 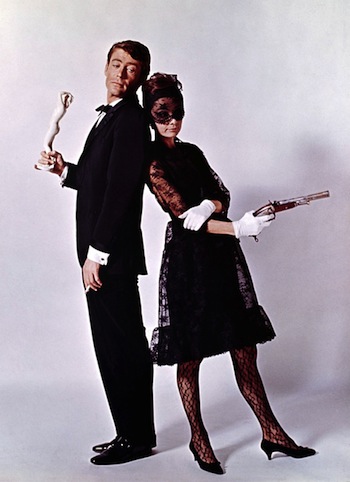 After discovering Simon Dermott (O'Toole) attempting to steal a Van Gogh from her home, Nicole Bonnet (Hepburn) enlists his aid in stealing her family's Cellini sculpture from a gallery in Paris before anyone realises it is a fake, made by her grandfather. Things complicate when wealthy art dealer Davis Leland (Eli Wallach) wants to buy the statue for himself.

The score was done by a young composer named John Williams, billed here as "Johnny Williams".