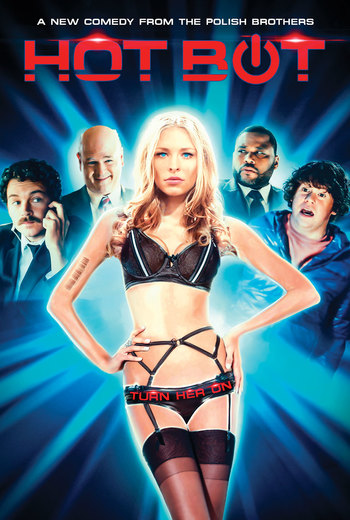 When beautiful, experimental sex robot Bardot (Kirchner) is mistakenly lost by two incompetent assistants, she falls into the hands of two sex-starved teenaged virgins, Huffy (Haley) and Nard (Pearlman). Their sexual fantasies are quickly interrupted by villainous Senator Biter (Miller) and his goons, who want their robot returned. In a twist of fate, Huffy and Nard help the Hot Bot avoid being recaptured, while she teaches them to respect women instead of just thinking about sex.