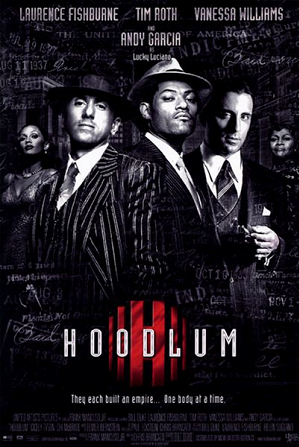 Hoodlum is a 1997 American movie directed by Bill Duke about the NYC Gangsterland during The Great Depression, the numbers racket in Harlem and the subsequent gang wars for control over it. The main conflict is between the black mob, led by Ellsworth "Bumpy" Johnson (Laurence Fishburne), and the Jewish mafia, under the rule of Dutch Schultz (Tim Roth). There are also the Italians, headed by Lucky Luciano (Andy García), but they apparently try to play neutral and keep out of the battles over the numbers racket.