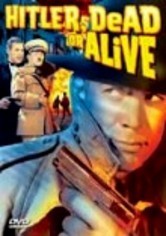 "Will Hitler escape this time?"

A businessman has offered a $1 million bounty on the head of Adolf Hitler. A group of gangsters have decided to accept. They join the Canadian Air Force, only to desert the second they get to Germany.