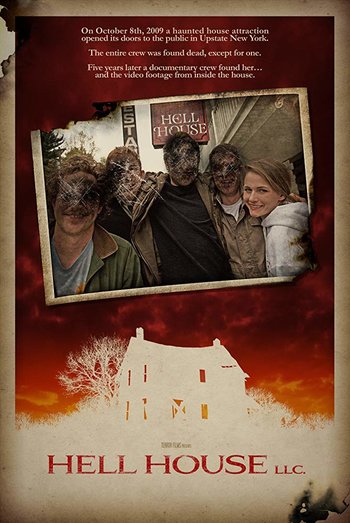 I hope you have a reservation.

Hell House LLC is an indie found footage mockumentary horror film released in 2016 directly by Stephen Cognetti. On October 8th, 2009 an unexplained malfunction at the haunted house attraction Hell House in upstate New York took the lives of fifteen people, including most of the staff. Authorities have discouraged any further investigation about what happened ever since. In 2014 a documentary crew goes back to Abaddon, New York looking for answers. What they find raises even more questions about what happened on Hell House's tragic opening night.