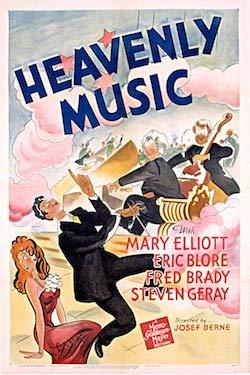 Ted Barry, a bandleader, has died and arrived at the gates of Heaven. After his place is confirmed by the man at the reception desk, an angel named Joy, who knows him, gets his autograph. Joy then escorts Ted to the Hall of Music, which is populated by all the great composers—Beethoven, Wagner, Tchaikovsky, and more. Ted then finds himself having to prove to these greats of music history that big band music is a worthy art form and he deserves admission to the hall.